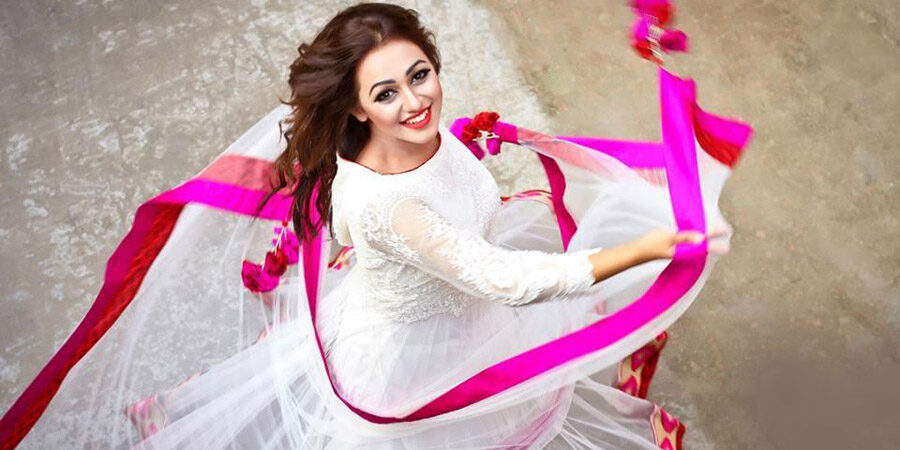 NEW YORK — Maria Giorno has nothing against long gowns with high waists and flowing fabric — dresses that are designed to camouflage curves on plus-size women.

But the New Jersey high school senior had no interest in buying a loose-fitting style for her senior prom, even though it was all she could find in a size 16 or so at nearby stores. So many stores, Giorno said, “never have anything that’s a little more sexy or a little form-fitting, or anything like that for my age.”

Clothes shopping for plus-size teens can be frustrating in general, but shopping for a dream prom dress can be a tear-inducing, hair-pulling morass of bad design and few options — especially for girls who want a dress that hugs the body instead of tenting it.

“It’s like people kind of assume that’s what I want and that’s what I like. I’m 18. I really like the way the tight dresses look,” said Giorno, who plays roller derby and hopes to study music education in college.

She finally found one that didn’t make her look like a bridesmaid — or worse, mother of the bride — at a boutique: a V-neck black lace “fit and flare” style with an open back and pleats above the knee for dancing ease on her big night.

Consignment shops and organizations that collect donated prom dresses for girls in need also say they can’t get enough plus-size gowns. Shop owner Kristen Harris went on a mission to collect them after a teen left her store empty-handed and in tears. Harris was tagging stock at her just-opened Designer Diva Consignment Boutique in Abington, Mass., when a plus-size teen shyly approached the ball gowns.

“I said, ‘Hey hon, what size are you looking for,’ and she said 22, and that’s when I felt like someone had just kicked me in the stomach, because I knew I didn’t have anything that size,” recalled Harris, who desperately pulled some smaller sizes in stretch fabrics for the girl. Moments later, the teen was crying in the dressing room.

So Harris began begging on social media for plus-size consignment and hunted down her young customer through Facebook, offering a private appointment and free dress from about 40 she’d collected. “She was so sweet,” Harris said. “I just couldn’t get her out of my head.”

Operation Prom, which offers free donated dresses to girls in need in eight states, has also had to hunt for plus-size dresses. Noel D’Allacco, founder of the decade-old project, took in about 7,000 gently used dresses and new ones from corporate partners last year, but only about 700 were size 18 and up, she said. The shortage of donated plus-size garments forced her to purchase some.

“We are going crazy trying to get plus-size dresses,” said D’Allacco, in Bronxville, N.Y. “We have this problem, unfortunately, every year. A lot of times we get plus-size donations and they’re not appropriate for a 17-year-old. They’re for your grandmother to wear. It’s difficult.”

Online options for plus-size prom dresses have proliferated in the past decade. But shopping that way for an already difficult fit, along with restrictive return policies, can feel risky. Giorno was not comfortable searching for her dress online, yet many retailers carry few to none in stores and on trend for teens. Many designers don’t bother making them in larger sizes, prospective customers say.

Sixteen percent of women’s clothing sold in the U.S. is size 14 and up, according to the market research group NPD. But the plus-size women’s business has “pretty much been ignored by the big stores,” said Marshal Cohen, NPD’s chief retail analyst.

The shop in Pine Beach, N.J., where Giorno found her dress, called New York City Glitz, makes it a priority to stock trendy plus sizes. “There’s not that much made,” owner Cat Hutton said. “I have companies that I deal with that only carry up to a size 16.”

David’s Bridal, with about 300 stores around the country, estimates half of the company’s prom-worthy choices come in sizes 16 to 22, with interest in those sizes growing every year, said Marissa Rubinetti, a senior buyer.

“They do struggle. They may fall in love with something they see online and they don’t have the opportunity to try it on and buy it,” she said.

A decade ago, the company carried a fraction of prom dresses up to size 22, Rubinetti said. Southern stores, particularly Texas, have a higher demand, she said. Stephanie Mekhjian, manager of David’s Bridal in Fort Worth, Texas, estimated 20 to 25 percent of her prom customers wear sizes 18 to 22, including some who travel 100 miles or more to shop there.

J.C. Penney sells plus-size prom dresses online only and offers just three styles. Target does not sell, in its brick-and-mortar stores, dressier styles appropriate for prom in any size, but the company does sell them online. Other retailers restrict all plus-size clothing to websites.

“Manufacturers are starting to create more plus-size prom dresses but they are just not as readily available as traditional size prom dresses,” said a Penney spokeswoman, Sarah Holland.

Phyllis Librach in St. Louis, Mo., knows the heartache of the dress search as both a mother and a dress designer who specializes in plus sizes for special occasions. She started her business 10 years ago after her daughter, now 29, was that curvy girl in tears in search of the perfect prom dress. They finally had one custom-made after the teen refused to buy a white wedding gown and dye it for prom.

Librach now designs and manufactures her own styles, including prom dresses sizes 14 to 40, which she sells on her site, Sydneyscloset.com, and through about 125 boutiques. She started out in the business buying inventory from others, but switched to producing her own after contacting a company that planned to knock off a gown worn by Queen Latifah at an awards show.

“I wanted to place an order, a very nice order, and they said, ‘We’re not making the dress in any size larger than 14,'” Librach recalled. “I said, ‘Let me understand this, you’re going to knock off an evening gown worn by a plus-size celebrity and you’re not going to make it for plus-size women?’ So I got angry, I got frustrated and I said, ‘Damn it, I’ll make it myself.’ That dress sold out.”

Latest posts by Editor (see all)
Spread the love
FASHION Comments Off on Prom dress shopping perilous for plus-size girls Print this News
Farming in City (Newer)
(Older) Is Katrina Kaif a strong contender for Mastani?

How to look stylish during winter