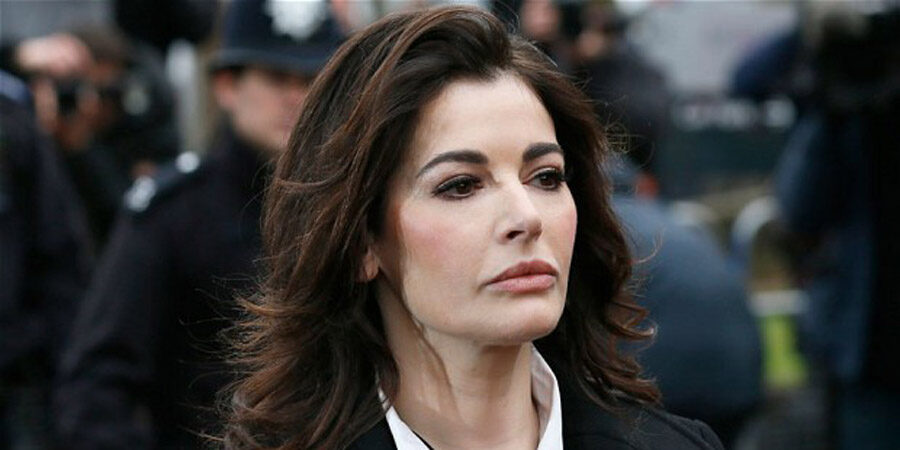 Nigella Lawson, the television chef, could be forced to undergo a medical examination – including blood tests for illegal drugs – to obtain a visa for the United States, lawyers have said.

Miss Lawson was prevented from boarding a flight to Los Angeles on Sunday because of an earlier court confession that she took drugs.

Charlotte Slocombe, a US attorney and British solicitor for the London-based law firm Fragomen, said Miss Lawson was likely to be required to see a doctor appointed by the US Embassy as part of a new application for a visa.

“Given the history, she will most likely have to be seen by a physician who will ask about her drug habits,” said Miss Slocombe.

“Blood tests are almost certain to be requested. There is no doctor-patient confidentiality – all the results go straight back to the embassy.”

Miss Slocombe said the celebrity also faced the possibility of a visa being denied because of the drug-taking admissions.

Miss Lawson, 54, would then have to go through a further lengthy bureaucratic process to persuade the authorities that her drug confessions were no longer relevant.

The star made her confession under oath during a trial last year that she had snorted cocaine and smoked cannabis in front of her children.

Despite a public controversy, Scotland Yard decided not to act over her confession but the US authorities appear to have taken a tougher stance.

Miss Lawson was travelling alone when she checked in at Heathrow’s Terminal Five on Sunday morning to catch a direct British Airways flight to LA.

According to eyewitnesses, she checked in and went through security checks before being informed that she would not be allowed to board the aircraft.

The star was forced to return to the first class check-in to collect the luggage that she had planned to stow in the hold.

It is thought that the airline had been told by US authorities not to allow her to travel to California where she would have been refused entry.

Before her Heathrow humiliation, Miss Lawson had posted on Twitter in the early hours of Sunday that she was “packing for my holiday”. Her entry included a picture of a sun hat and some Colman’s mustard.

Miss Lawson is said to be a regular visitor to the States for pleasure and work.

The US authorities are well known for their tough line on drug users.

Britons who want to travel to America under the “visa waiver” programme must answer several questions about drug habits and other convictions.

However, US officials also have broader powers to refuse applications to people who have made “admissions to the elements of the offence”.

Susan McFadden, a US attorney of London-based Gudeon and McFadden, said: “If the doctor finds the applicant is a drug abuser than that person is ineligible for a visa.

“This can be set aside only if the consular official recommends that the ineligibility for a visa should be waived. this is something that has to be decided by the Department of Homeland Security in Washington and the process can take six or seven months.”

Airlines are required to supply US security officials in advance with details about all passengers on flights to America so they can be screened against Washington’s ‘no fly list’ of suspects linked to terrorism.

The carriers must also check that passengers have a valid visa or other authorisation to enter the US before they take off from the UK.

Weeks after her cocaine confession, Miss Lawson flew into America on New Year’s Day to film a live interview promoting the second series of The Taste USA.

The show was broadcast in January and February, having been filmed before TV’s “Domestic Goddess” admitted taking drugs.

But it would appear that American border protection officers appear to have hardened their position since January.

Roughly 100,000 people enter the US every day with around 366 deemed inadmissible and refused entry, according to US government statistics.

Miss Lawson’s travel ban comes after a difficult 12 months for Miss Lawson, who has endured a bitter public divorce from her former husband Charles Saatchi.

The marriage broke down irrevocably after art collector Mr Saatchi, 70, accepted a caution for assault when newspapers printed pictures of him with his hand around his wife’s throat outside Scott’s restaurant in Mayfair in June.

Miss Lawson then had to give evidence at the trial of her former housekeepers, Francesca and Elisabetta Grillo, who were accused of stealing hundreds of thousands of pounds from her and Mr Saatchi.

While insisting she had never been an addict or habitual user of drugs, she confirmed she had taken cocaine.

She said she needed the drugs to cope with the death of her first husband, John Diamond, and the difficulties of living with her second, Mr Saatchi.

The cook also described how she “smoked the odd joint” of cannabis in the last year of her marriage to Mr Saatchi to make “an intolerable situation tolerable”.

But she maintained that she was now drug-free, telling the jury: “I did not and do not have a drug problem, I had a life problem. I decided to address that.”

Miss Lawson was never arrested, and Scotland Yard said in January that she would not face any police action over her admission of drug-taking.

Other British celebrities said to have found it more difficult to gain entry to the US as a result of convictions or drug use include Amy Winehouse, Kate Moss, Russell Brand and Oasis stars Noel and Liam Gallagher.

A spokeswoman for the US Embassy said: “There are several ways of legally travelling into the United States and Ms Lawson has been invited to come to the Embassy and apply for a visa for travel to the US.

“We understand she has professional requirements for US travel and these matters are generally handled routinely and expeditiously, so stand by.”